Your special guide to adapt to Spain lifestyle


British expats may have earned a reputation for retiring to the sunny costas where they eshew Spanish culture to steadfastly stick to all day English breakfasts, Sunday roasts, a pint at the local Brit run pub, and EastEnders on satellite TV.

But those that conform to the longheld stereotype of a British expat in Spain may not be living the dream after all.

Because enjoying Spanish food, learning the lingo and making local friends all improves an expat's experience of living in Spain, according to the findings of an online survey conducted by the British Embassy in Madrid.

The poll of 1,600 Britons resident in Spain asked them to pick an adjective that most aptly described their life here.

'Happy' was the word most commonly chosen, followed by 'relaxed' and not surprisingly, the survey highlighted that the more people integrated into Spanish life, the happier they were.

More than half who responded said they speak Spanish with friends and neighbours, regularly eat Spanish food, use the healthcare system and employ Spanish workers.

The British ambassador to Madrid highlighted how important it is for Brits living in Spain to integrate and make use of Spanish services.

"It's great to see so many Brits saying they are happy and content in Spain as a result of their efforts to integrate into local life," said Simon Manley.

"I would definitely urge others to follow their example. If you are settling here, the first and most important thing to do is to register on the padrón. That way you can access the health and social services you may need now or in future."

He warned that failure to do so often results in tragic cases being referred to the consulate.

"If you fail to register, then you can't expect support from the Spanish system later. Some of the most tragic cases that we see in our Consulates are the consequences of people having moved to Spain – often years earlier – but not signing up on the padrón or integrating into their local Spanish communities."

The survey found that nine out of ten of survey respondents had indeed registered on the padrón and that two-thirds were registered for Spanish healthcare, while 13 percent had private medical insurance.

In a figure that the Embassy calls "alarming" some 16 percent have made no provision for healthcare in Spain, leaving them at “serious risk of difficulties in the event of an accident or illness".

Around 300,000 Brits are registered on their local padrón as being resident in Spain but many thousands more are thought to live in Spain for all or part of the year. 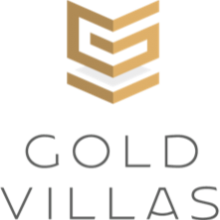 Check out our guides for buying and selling your property

Do you have any question?